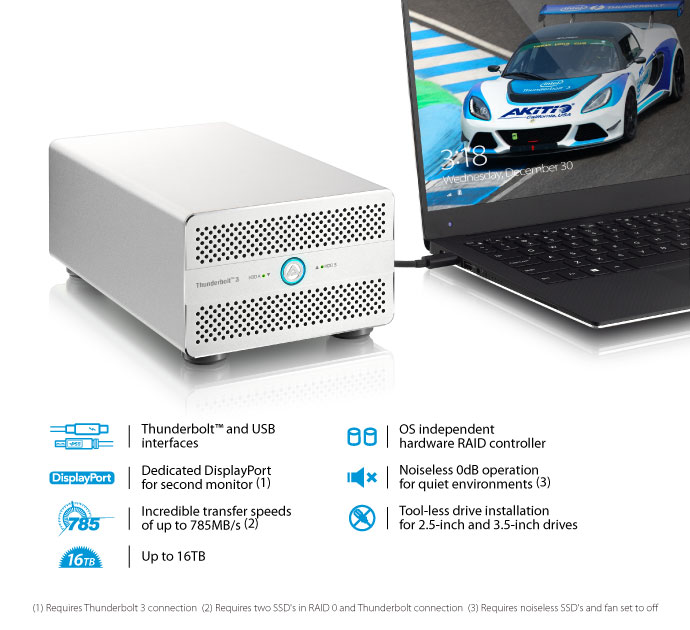 This dual bay RAID storage enclosure can reach data transfer speeds of up to 785 MB per second while simultaneously providing two 4K video signal streams. For added convenience and flexibility, the AKiTiO Thunder3 Duo Pro can accommodate both 2.5-inch and 3.5-inch drives. It is completely "tool-less", so drives can be easily installed or uninstalled. 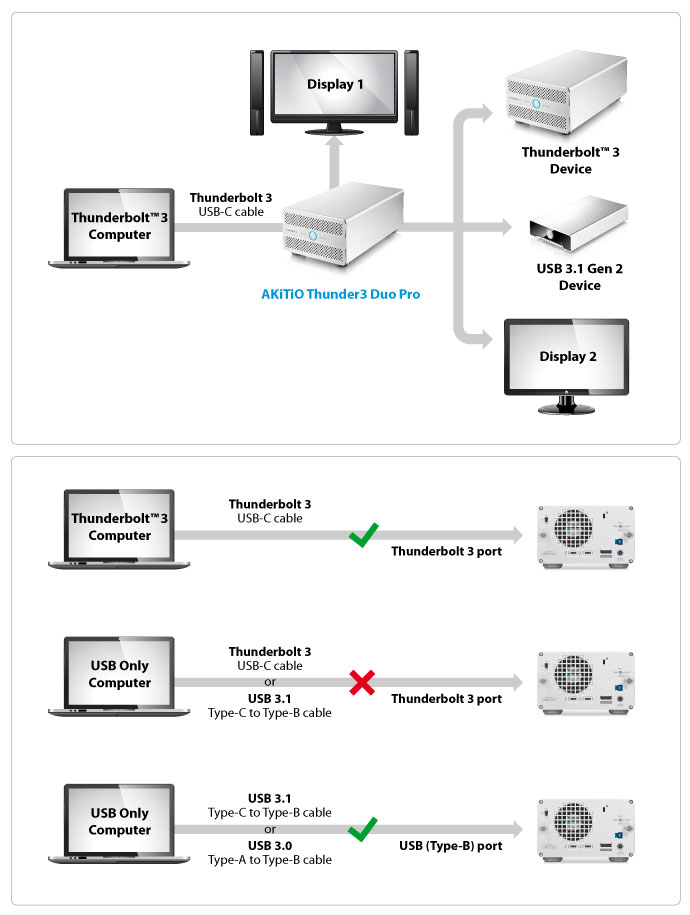 Thunderbolt 3 brings Thunderbolt to USB-C at speeds up to 40 Gbps, creating one compact port that does it all – delivering the fastest, most versatile connection to any dock, display, or data device. For the first time, one computer port connects to Thunderbolt devices, every display, and billions of USB devices. A single cable now provides four times the data and twice the video bandwidth of any other cable, while also supplying power to bus-powered devices.

The second Thunderbolt 3 port on the AKiTiO Thunder3 Duo Pro operates the same as a Thunderbolt 3 computer port by supporting Thunderbolt 3 (up to 5 daisy chained), USB 3.1 (10 Gbps), and DisplayPort devices.

To assure backwards compatibility with systems that only offer USB connectivity, the AKiTiO Thunder3 Duo Pro also comes with a SuperSpeed USB Type-B port. This interface is also known as USB 3.1 Gen 1 or USB 3.0 at speeds of up to 5 Gbps.

The dedicated DisplayPort connector makes it easy to connect an additional monitor to extend your workspace. This video output capability requires a Thunderbolt 3 connection to the computer and will free up the second Thunderbolt 3 port for Thunderbolt 3 (up to 5 daisy chained), USB 3.1 (10 Gbps), and DisplayPort devices. 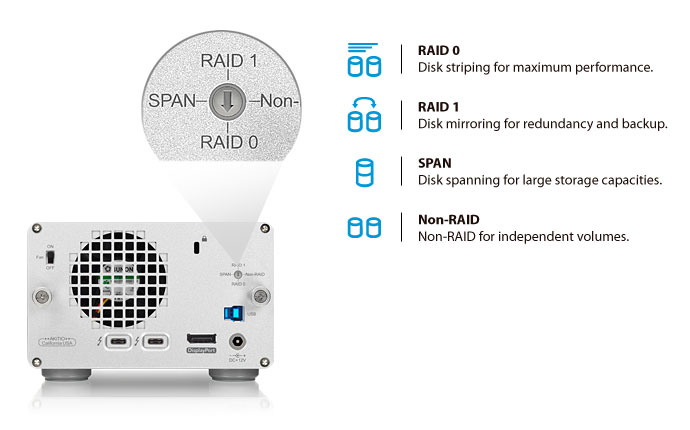 Optimized for every environment

A big advantage of the built-in hardware RAID controller is that the RAID set is OS independent, so the storage drive can be moved from one system to the other with ease. Because the RAID set is managed inside the AKiTiO Thunder3 Duo Pro, there is nothing else do be set up on the computer.

The PCIe to SATA controller makes use of two PCIe lanes. When using Non-RAID and Thunderbolt, this makes it possible for a single SSD to run at full SATA 6Gb/s speeds and deliver transfer rates in read over 500MB/s. 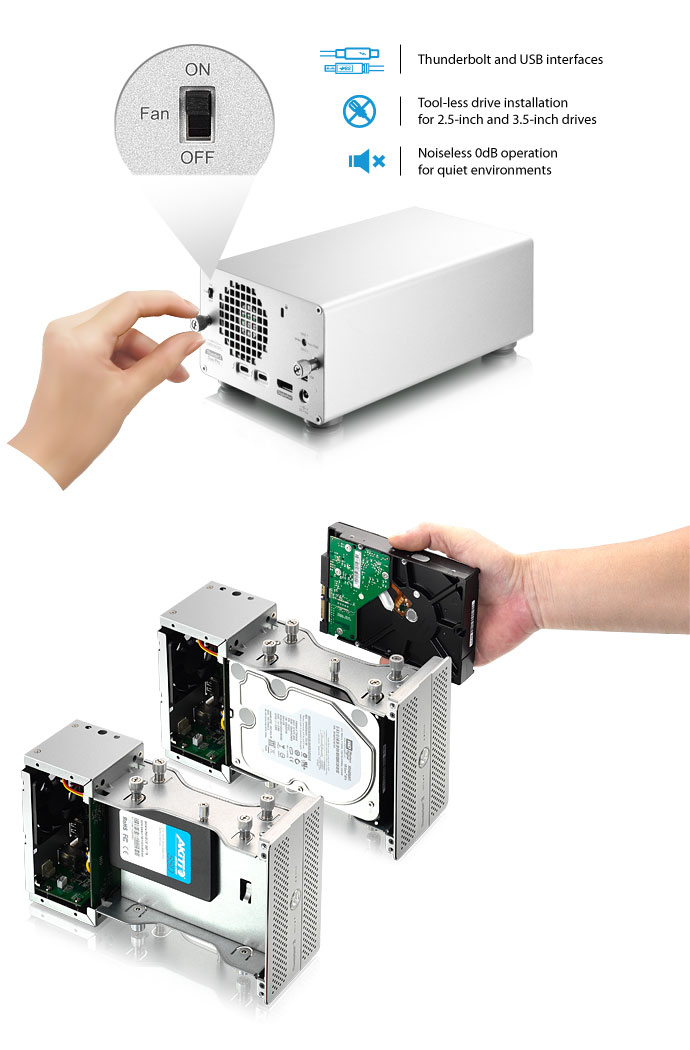 Compatible with Thunderbolt 3 and USB computers

The AKiTiO Thunder3 Duo Pro was designed for both Thunderbolt 3 and USB computers. The device can be connected via Thunderbolt 3 (USB-C) or USB 3.1 Gen 1 (Type-B) interfaces.

For added convenience and flexibility, the AKiTiO Thunder3 Duo Pro can accommodate both 2.5-inch and 3.5-inch drives. The assembly is completely tool-less, so drives can be easily installed or uninstalled no matter where you are.

For quiet environments, the built-in fan can be turned off completely. The fan switch is accessible from the outside, so the enclosure does not have to be opened. In combination with solid state drives (SSD's), this will result in a completely noiseless storage solution.

The transfer speeds for this benchmark were obtained using the AJA System Test tool with 1GB test files at 5K resolution. These results closely reflect the real-world performance but the actual transfer rates can vary depending on the test environment

For the traditional spinning hard disk drives, in this test, the maximum transfer rate for a single drive is around 200 MB/s. This is the reason why only the speeds for a RAID 0 set exceed 200 MB/s and the rest of the results are almost identical.

For the solid state drives, the maximum transfer speed of the USB interface has been reached at around 400 MB/s. A Thunderbolt computer is required in order to take advantage of the speeds those SSD's can reach, even for a single SSD. 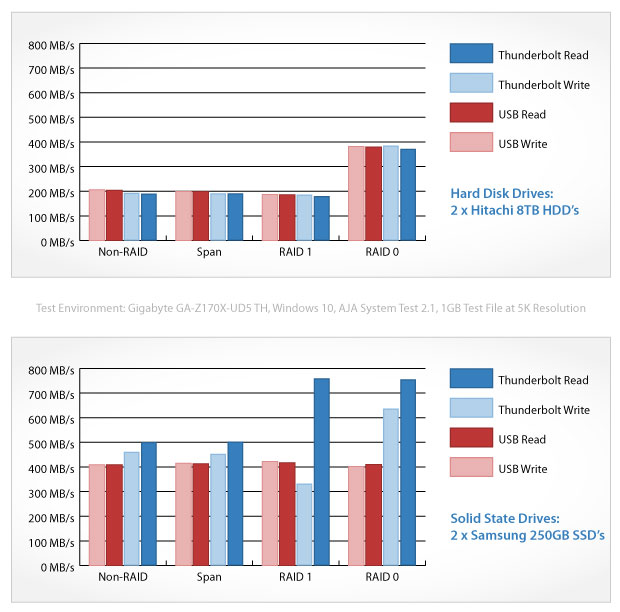 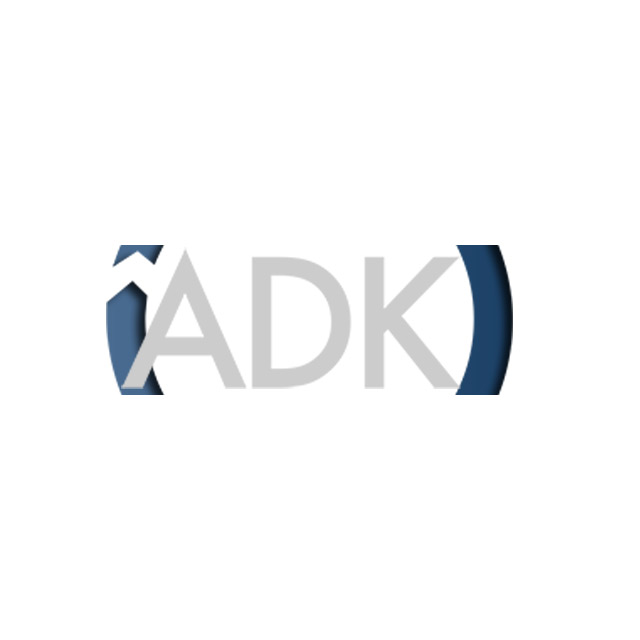