From the most critical and demanding studio environments to the world's biggest stages, the Stage-B16 delivers the same superb analog quality as MOTU's new line of award-winning audio interfaces, in a rugged stage box form factor with powerful, flexible AVB networking.

Three products in one

for Mac and Windows. Studio-quality analog performance up to 192 kHz

Performance suitable for the most

The Stage-B16 sets a new standard for analog audio performance in a stage box. The 8 XLR analog outputs deliver a stunning 123 dB DR, a level of measured performance normally found only in products costing thousands. Digitally controlled analog preamp gain provides accurate adjustments in 1 dB increments from web app software running on your laptop, tablet or smartphone, with the ability to save gain settings. Ultra-clean preamps for studio and stage The Stage-B16 sets a new standard for what it means to be a stage box. With AVB networking technology, you can run mic signals over standard Ethernet cabling to a front-of-house mixing console up to 100 meters away, plus any other destinations on the network, such as the monitor mix console or a computer-based recording rig. For small- to mid-sized applications, the Stage-B16 takes care of all live sound mixing duties, controlled wirelessly from your laptop, tablet or smartphone — all with audio quality that's so good, it belongs in a world-class recording studio. Console-style mixing with 48 channels and 12 busses

The mixer in the Stage-B16 is identical to the mixer found in MOTU's flagship 1248 and 16A interfaces. If you know your way around a large-format mixing console, you'll feel right at home. If you've ever wished to mix on a large console, the driver's seat is now yours. British analog mixing consoles are renowned for their musical EQ profiles. The Stage-B16 meticulously models these classic EQs to give you the very same, magical EQ response found on these coveted desks. Each input channel also provides a classic compressor with peak/RMS operation.

Web app control from any device

Control everything from your laptop, tablet and smartphone

The software that you use to control the Stage-B16 doesn't reside on your hard drive. It's a web app served from the hardware itself. This means you can control the Stage-B16 on-board DSP, mixing, device settings, and network audio routing from your favorite web browser on a laptop, tablet or smartphone connected by wire or Wi-Fi to your local area network. Use any web client on any platform - Mac, Windows, Linux, iOS, Android - as long as it shares the same network. 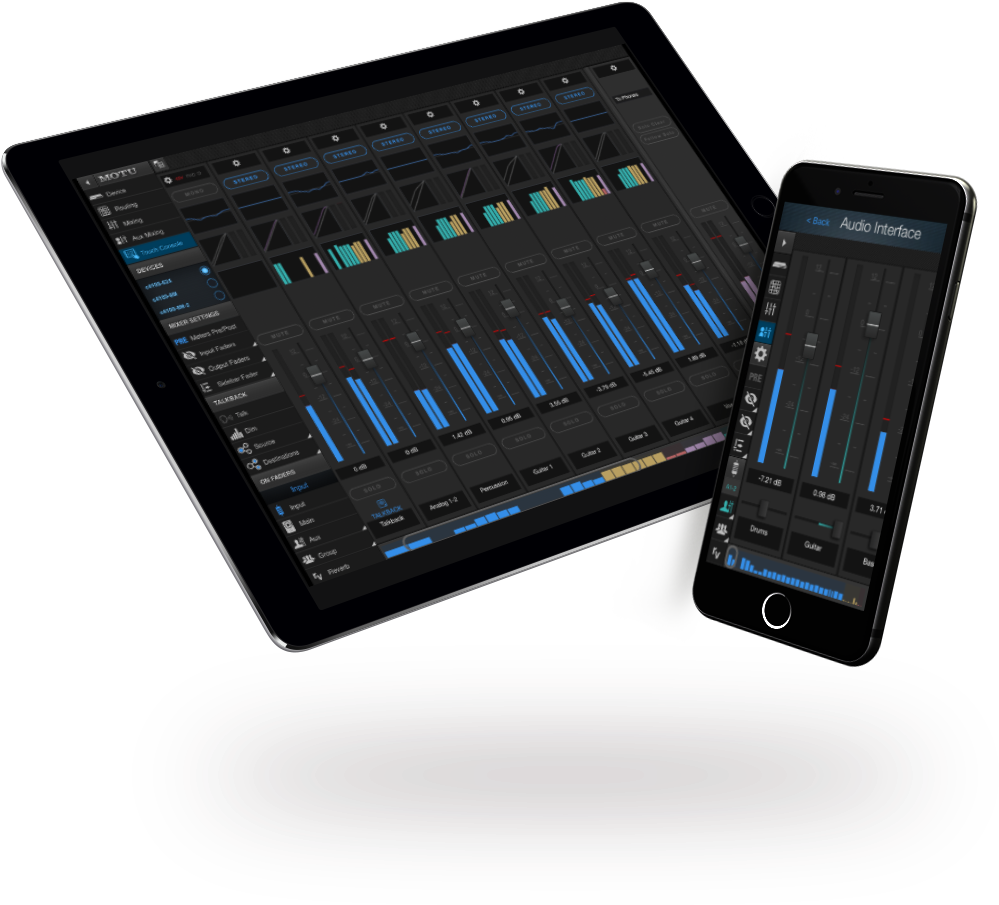 The art of the mix on your touchscreen

Designed specifically for touchscreen operation, Touch Console™ delivers a whole new mixing experience. Access Touch Console from your tablet or smartphone to effortlessly control the powerful 48-channel mixer and effects in the Stage-B16. With large targets for your fingers, multi-touch operation and intuitive design, you can tap, swipe and pinch your way to a perfect mix, every time. 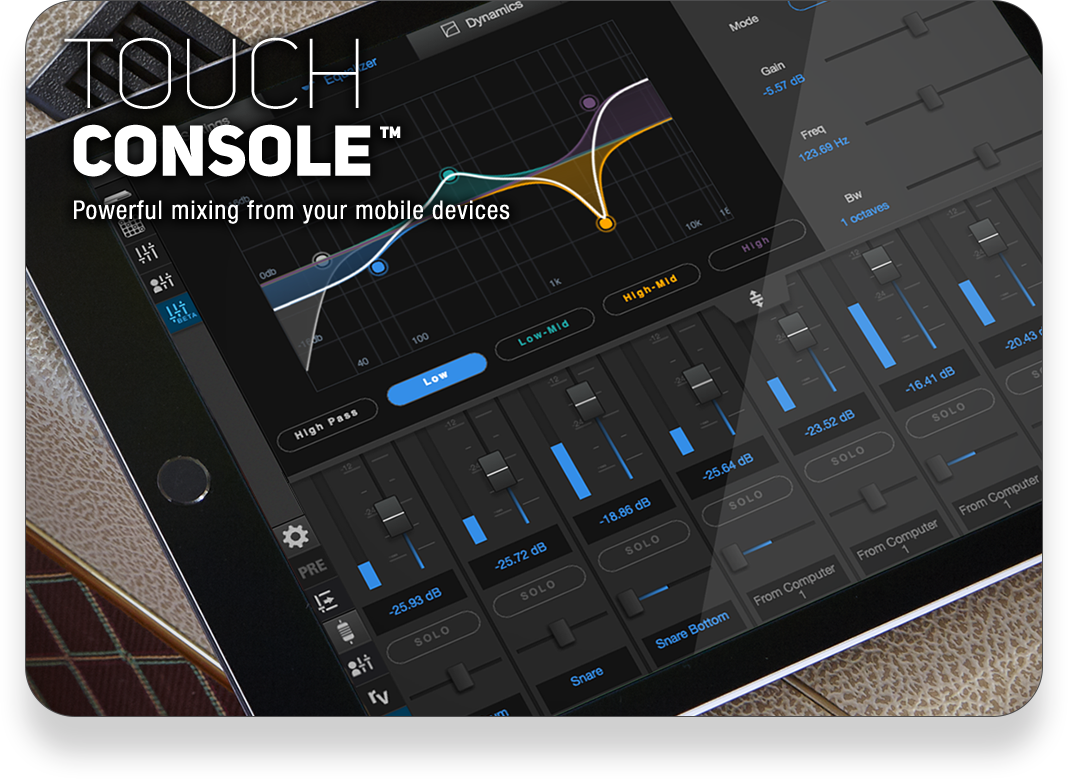 Control everything from your iPad or iPhone

Connect an Apple Airport™ or other Wi-Fi router directly to the Stage-B16 with a standard Ethernet cable and control the Stage-B16's powerful mixing and DSP effects from your smartphone or tablet, without a computer. Great for live sound mixing!

Connect up to five MOTU interfaces

Build a network with multiple interfaces, computers, and AVB switches using standard network cabling, with ultra-low network latency, even over long cable runs (100 meters point to point). Stream hundreds of audio channels among devices and computers on the network.

The Stage-B16 connects to your computer with audio class compliant hi-speed USB 2.0 (compatible with USB 3.0 and iOS) for across-the-board compatibility now and in the future. Alternately, if you have a Mac running OS X Yosemite (10.10) or later, you can use a standard Ethernet cable for operation as an audio interface. Either way, the Stage-B16 is compatible with all audio software.

The Stage-B16 is so flexible, it can serve many roles — in the studio, on stage, and throughout an installation. The Quick Setup menu lets you instantly reconfigure the Stage-B16 for many common situations, from operation as a standard audio interface to serving as a network "snake" from one location to another. Once a preset is chosen, you can easily customize the routing grid and mixer settings to further suit your specific needs — and then save your own custom presets.